Why Pot For Pets Isn’t As Bad As You Think 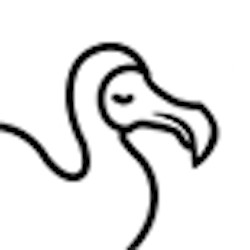 This post was created by a member of the Dodo Community, where anyone can post fascinating stories, photos, videos and more.

Tobasco, a Basset Hound in San Diego, gets high three times a day. Which is awesome not only for him, but his owner — a woman named Melissa, who asked to not be identified for fear of catching flack. Nonetheless, she is one of a growing number of Americans who’ve turned to medical marijuana to ease their pets’ suffering from ailments ranging from cancer to anxiety to chronic pain.

Tobasco was first introduced to wacky weed after stomach ulcers killed his appetite; a heart condition kept him from stomaching more traditional medical treatments. As Tobasco wasted away, Melissa faced euthanizing him. As a last resort, she started administering marijuana drops in his mouth.

“I had never heard of medical marijuana for pets,” she said during an interview with a local news outlet, adding that she does not treat her decision lightly. “We were honestly desperate, we didn’t know what else to do.”

Since then, Tabasco has made a miraculous recovery, regaining the weight he’s lost and turning back into his playful old self. Only this happy ending is not without risk: In California, marijuana is legal for people with certain medical problems, but not their pets. Since pot was legalized in the state of Washington, hospitals have been overrun with dogs who’ve eaten owners’ stashes, which can be fatal. As a result, most veterinary specialists advise against getting dogs high regardless of the positive, pain-alleviating effects.

“I think it might very well be beneficial to a lot of patients, but it’s by no means safe,” explains Emergency and Critical Care Specialist Veterinarian Heather Mineo. “We just don’t know enough about it yet.”

Still, as the legitimacy of medical marijuana spreads, more pet owners may take that chance. Dawn Boothe, Clinical Pharmacology Laboratory director at Auburn University College of Veterinary Medicine, says she believes the idea has potential, and wouldn’t be surprised if veterinarians are one day treating pets with FDA-approved cannabinoid derivatives. “My gut reaction is they do probably provide some therapeutic effect,” she told the American Veterinary Medical Association. While she does not support the practice currently, “There’s enough justification that we need to study it.”